At their recent annual meeting, the WGI Board of Directors unanimously voted to accept a proposal renewing Dayton, Ohio, as the host city for the 2020-2024 WGI World Championships. The approved plan will keep the world championships as well as the headquarters office in the Dayton area. After 24 months of thorough consideration, the bid was determined to be the best option for the continued growth of the indoor marching arts activity. 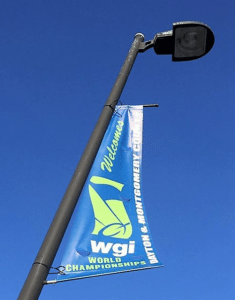 Jacquelyn Powell, Dayton Convention and Visitors Bureau President/CEO, coordinated a comprehensive proposal with all current contest venues and hotels to keep the WGI World Championships in the Miami Valley area. Community leaders from Montgomery County and Greene County rallied to bring together the entire Miami Valley area to remind WGI that Dayton is their home.

Ms. Powell states, “On behalf of the Dayton Convention & Visitors Bureau and the Greater Dayton community I would like to express how thrilled we are that the WGI Board voted unanimously to continue to host their WGI World Championships in Dayton through 2024! We are proud to say that WGI, and the WGI World Championships, have become a part of the fabric of our community. We feel privileged to be the home of WGI’s world headquarters and their World Championship events and look forward to a partnership that will continue to grow for many years into the future!”

Ron Nankervis, WGI Executive Director stated, “The time and distances some groups travel to participate while they are at the world championships is a major consideration in the quality of their experience. Our internal surveys reinforce that centralizing events closer to Dayton and lessening travel to contest venues and practice facilities should lower costs as well as stress on participating groups. This expanded contest schedule achieves some of these goals.” 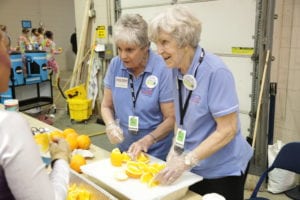 In the hopes of increasing audience size for Color Guard A Class Finals, the board of directors also ratified a proposal to eliminate a separate admission for that event to be held immediately after Independent World Semi-finals at the University of Dayton Arena. The location of A Class finals has been hotly debated since it moved in 2016 to the Nutter Center occurring at the same time as Open Class Finals.

Another major factor in the decision is the bold and significant $72 million renovation the University of Dayton Arena is currently undergoing to better accommodate fans and performers. New seats and handrails, upgraded ADA seating, new video boards, and an improved audio system have already been completed. Still to come are two new entrances, a new ticket box office, expanded concourse with upgraded restrooms and concessions, and perhaps the most anticipated improvement, air conditioning (coming in the final phase in 2020). To see plans for the arena’s extensive renovation, visit their website.

WGI also has established a network of 50 individual practice sites to provide rehearsal space to participating groups. This vital service is integral to the success of the world championships and would be difficult to replicate in another city with the necessary hours without raising rates. This network, created over thirty years, understands the needs of visiting groups and prioritizes WGI’s needs with other requests. 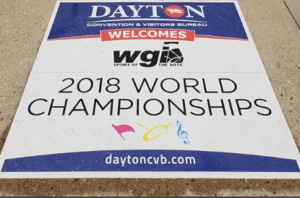 Hosting an event as large and diverse as the WGI World Championships is a unique combination of facilities and services. WGI will continue to explore other host cities and venues. While the impact of the event on the Dayton community is considerable, the agreement allows flexibility for each division to relocate for one year between 2020 and 2024 should the opportunity arise.

“Bringing nearly 60,000 visitors to the area and almost $20 million in revenue over the course of the two championships weekends, WGI is the largest event in the Miami Valley and has a significant impact on the Dayton economy. We are looking forward to continuing our partnership with the City of Dayton and the surrounding Miami Valley area,” said WGI Director of Operations, Bart Woodley.