All members of a color guard audience have an idea of what they expect a show, and its various parts, to look like. Chino Hills High School from Chino Hills, California, wanted to change that idea with their 2022 World class production, “Deception Perception.” 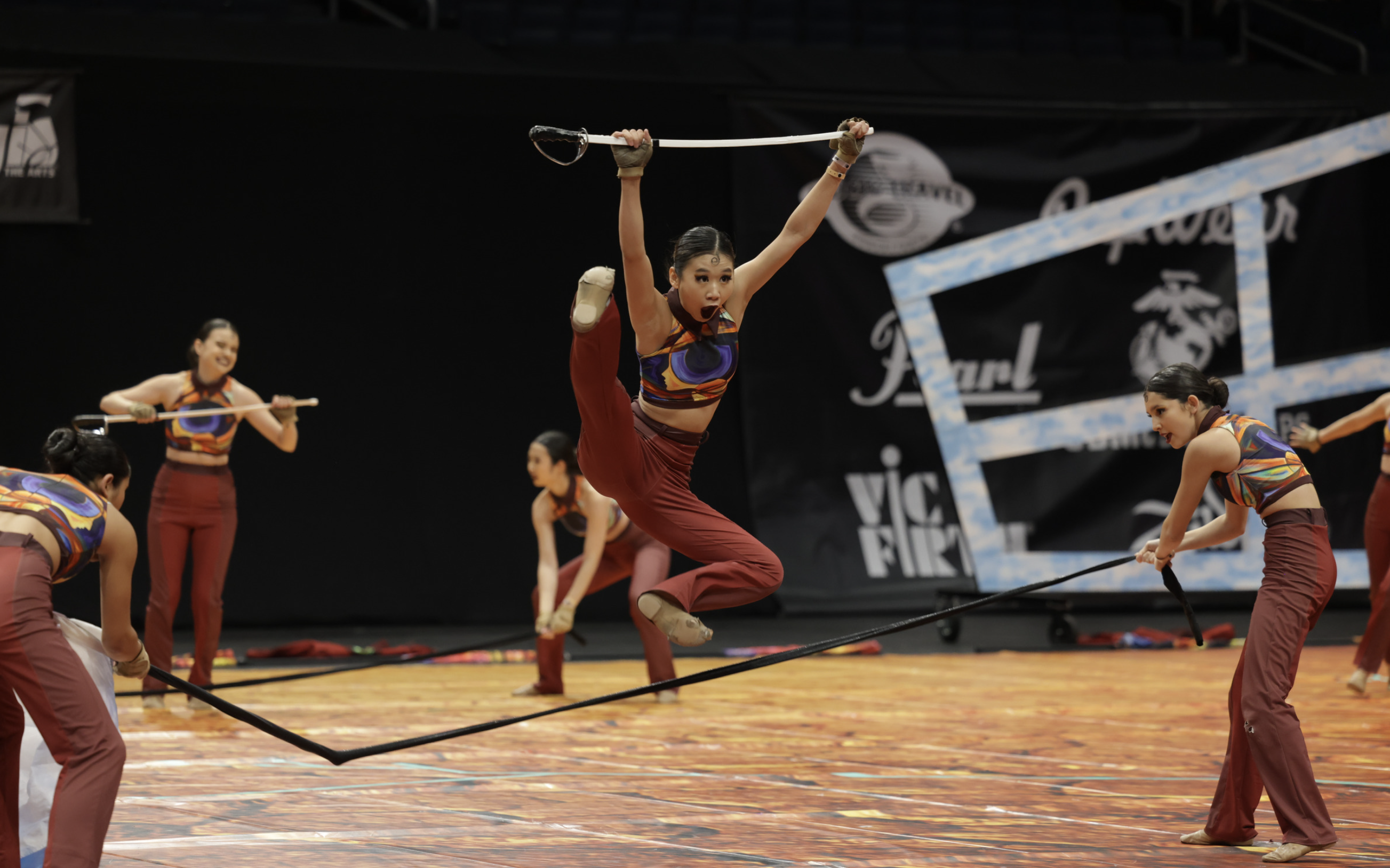 The team’s 2022 performance was based on pieces of art by Salvador Dalí. Dalí was a surrealist, so the Chino Hills High School staff wanted to use this to their advantage by creating a show that would alter the definition of traditional color guard. “The idea that we could bend what a color guard show was into something fun for us was the most intriguing thing,” Director Chadd Hartman said.

“One of the first ideas the team and I had was the idea for ‘this is not a flag’ it is a piece of art,” which was inspired by René Magritte's piece, “this is not a pipe.” The team wanted to gain the audience’s trust while breaking the fourth wall. To do this, they had a performer simply “walk with a flag. If it’s not a flag, you shouldn’t be spinning it,” Hartman elaborated. 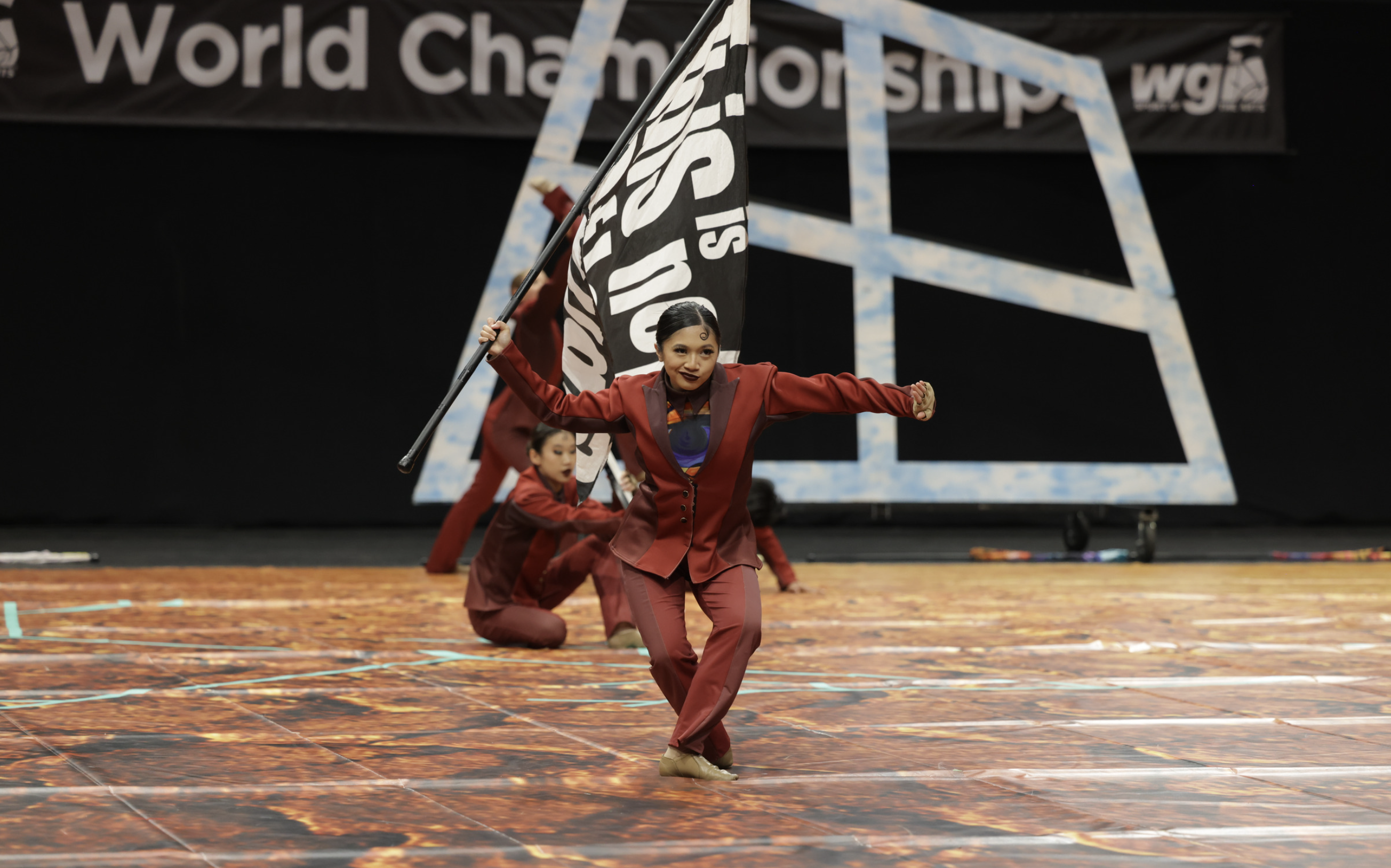 When it came to the team’s audio selection, Hartman said it “was a lot of hard work. We went through 54 versions of the actual show [music]. We reached out to Jon Vanderkolff–he used to work with SCV winter guard and works with Bluecoats and all that, so he has a great [imagination for figuring out a show’s audio].” The team was looking to find a way to add the sound of clocks into their show but to do so in a way that wouldn’t end up seeming overused. “We wanted to do it right away…to gain that trust with the audience.”

The other pieces used were ‘Blinky Blanky Blokoe’ and ‘Gene Takes a Drink’ by Bang on a Can All-Stars, ‘Timelapse’ by Adrián Berenguer, and ‘Clockscape’ by Jon Vanderkolff. Hartman said they're just super weird songs and that he “wanted to make [the show] silly” and continue altering what a color guard show is. “I feel like when you get to the World guard stage, it's very much like you have a similar aesthetic [to other guards]–very obscure and very nuanced–and I kind of wanted just to break that mold.”

I asked Hartman about how the pandemic affected his athletes, and he said that the staff had to teach performers via a collection of tutorial videos on YouTube and many video assignments. “California wasn't able to go back to in-person things until mid-2021. I think it was April when we finally saw the kids,” Hartman stated. This pace change made the Chino Hills athletes want to perform even more than before COVID-19. “They wanted to be in the production, and they wanted to actively do well. It wasn’t until the fall that we were like, ‘Oh, I think our kids can do this.’ And then when we signed up for WGI, we just decided to do the World thing, and it was terrifying at first, but once we got our footing, it was a lot less scary.” Before this past season, Chino Hills winter guard had been in the Scholastic Open class division, making this their first year to be in Scholastic World class and make that division’s finals. 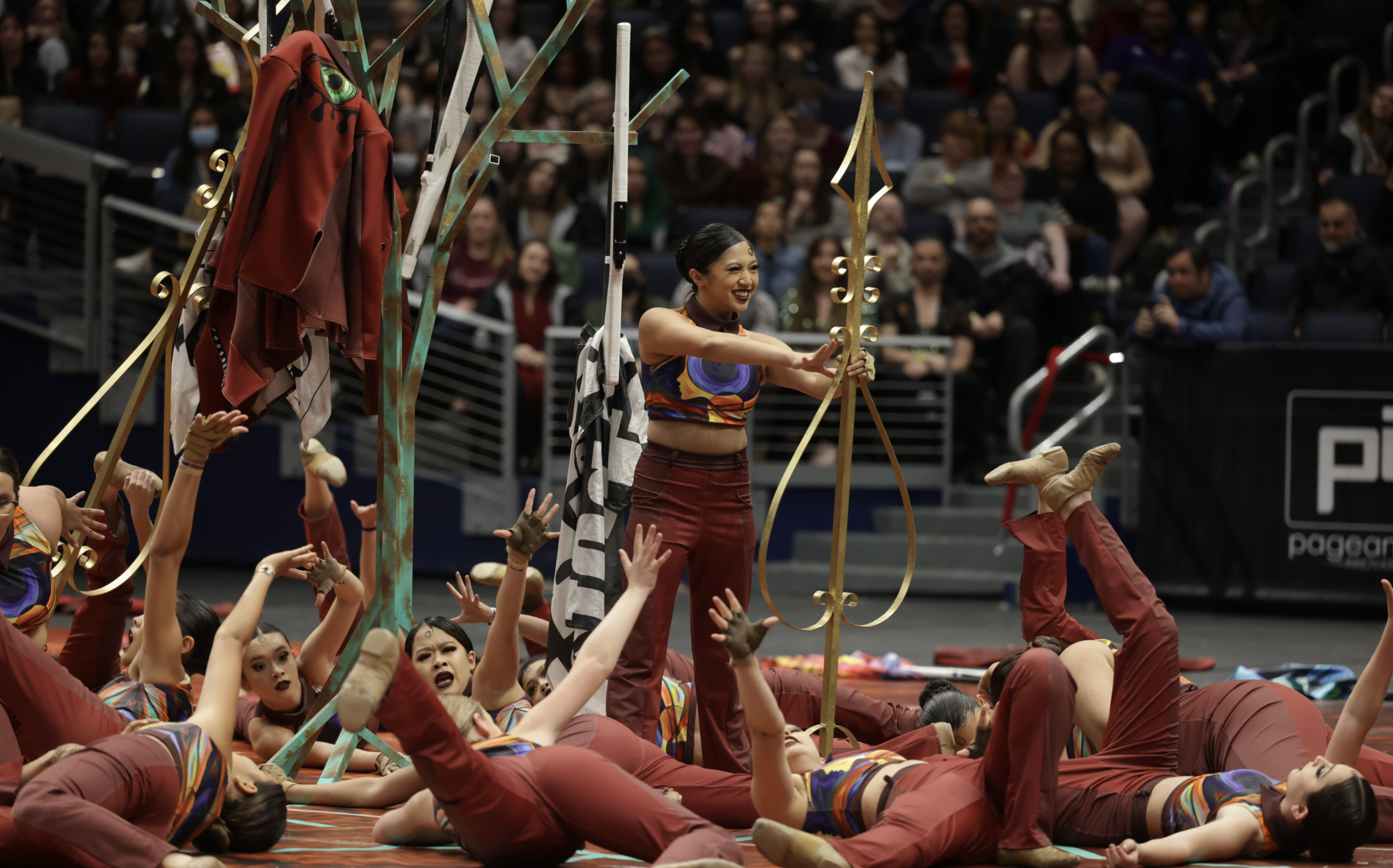 In discussing how the program at Chino Hills maintains two World class programs–their percussion and their color guard–Hartman said that it’s about keeping that “mentality of actively being World class on and off the floor. And we take very seriously what off the floor means. I can’t talk about what count five means if you can’t walk correctly to rehearsal or be a good representation of what Chino Hills is.”

Hartman said that to help performers with their dues, “we invite the whole parent base to come [watch us] perform. Getting [the athletes] in front of an audience was something we had to do.” Tickets to each of those mini shows were ten dollars, but the audience members mentioned a color guard member’s name at the door when purchasing their ticket, and the profits were given to that student to help fund their winter guard expenses.

When preparing for WGI World Championships, Hartman stated, “We were fortunate enough to have our local circuit, WGAC, host championships at…a huge arena…in SoCal. That’s a huge thing for them, going to perform in a big venue in front of thirty-thousand people with all of FloMarching. I think that the special thing about these kids is that that’s all they truly want to do, perform, and they enjoy it so much.” 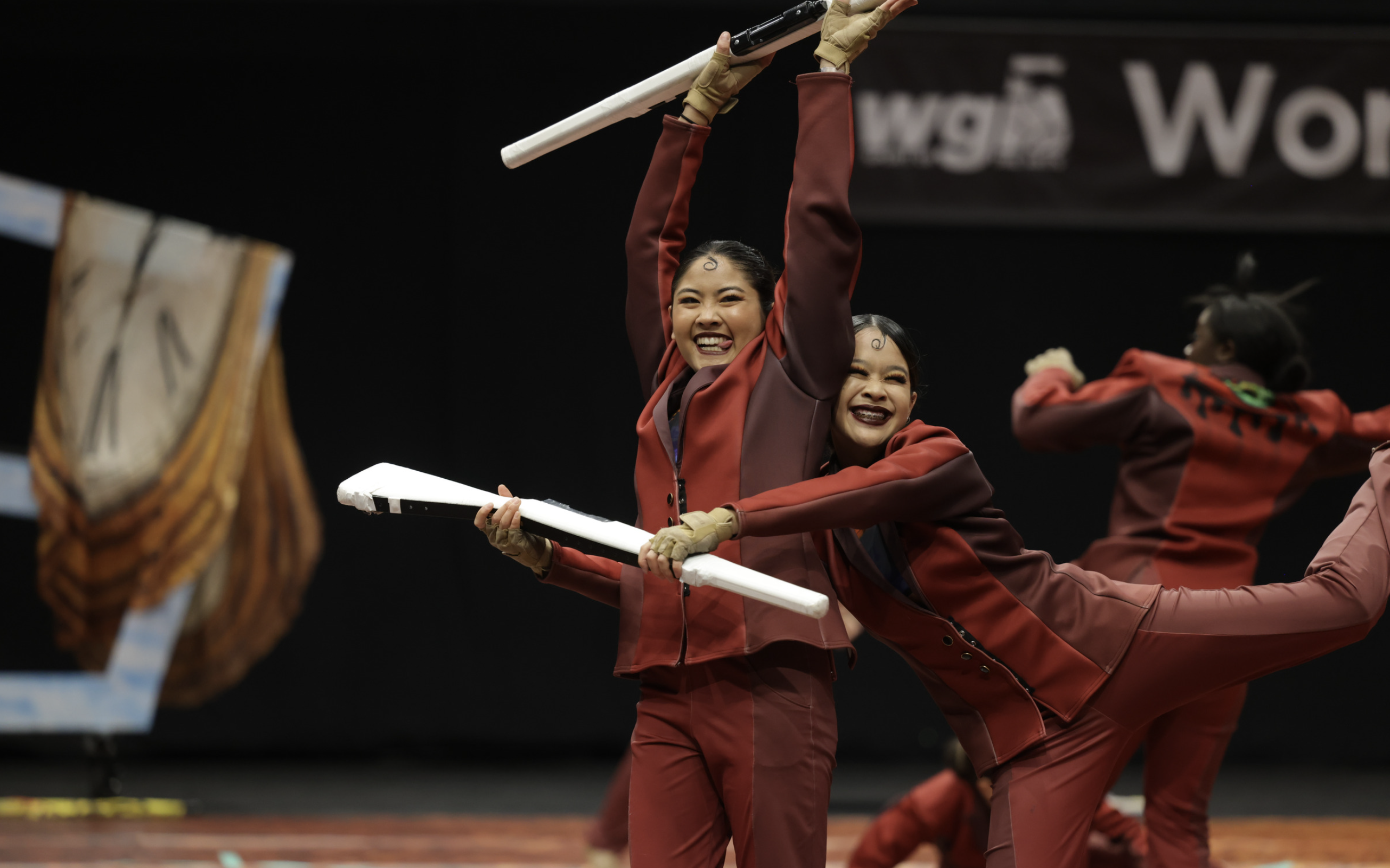 Hartman said another big aspect of the program’s success is the bond the performers share. “The kids actively love each other and get along–and I know that’s a cliche thing to say–but they all enjoy each other’s success.

Next winter season, the team will be staying in the Scholastic World division, and Hartman said, “I'm just excited for them to get there. Having seen everyone, the kids have this new motivation and are like, ‘We want to be top five! We want to do this and this.’ Their goal is to be top of World class.” The staff is excited to see what the next season of WGI has in store for the Chino Hills World guard.

Emily Ward is a junior at the University of South Florida in Tampa, Florida, and is studying to receive her bachelor’s degree in mass communications with a concentration in broadcast news. She is also a psychology minor. She began colorguard her junior year of high school and was a captain of Sunlake High School’s Scholastic Open Class winterguard team. Since then, she has spun for the University of South Florida.