WGI Sport of the Arts announced today that Wayne Dillon has been appointed as Chief Judge of the Winds division. Wayne will succeed outgoing Chief Judge Marc Whitlock. He brings a wealth of knowledge and experience in the marching arts as a highly respected educator and judge.

Wayne Dillon holds a bachelor’s degree in Fine Arts and Education from York University in Toronto, Canada, and a master’s degree in Jazz Performance/Pedagogy from the University of Miami. Over the past 20 years, he has served as Director of Bands at Elizabeth High School in New Jersey. Under his direction, the Symphonic and Jazz programs have consistently earned superior ratings, while the marching band program won multiple state and USSBA championships. Wayne also received the State of New Jersey Governor's Teacher Recognition Award for his work in music. 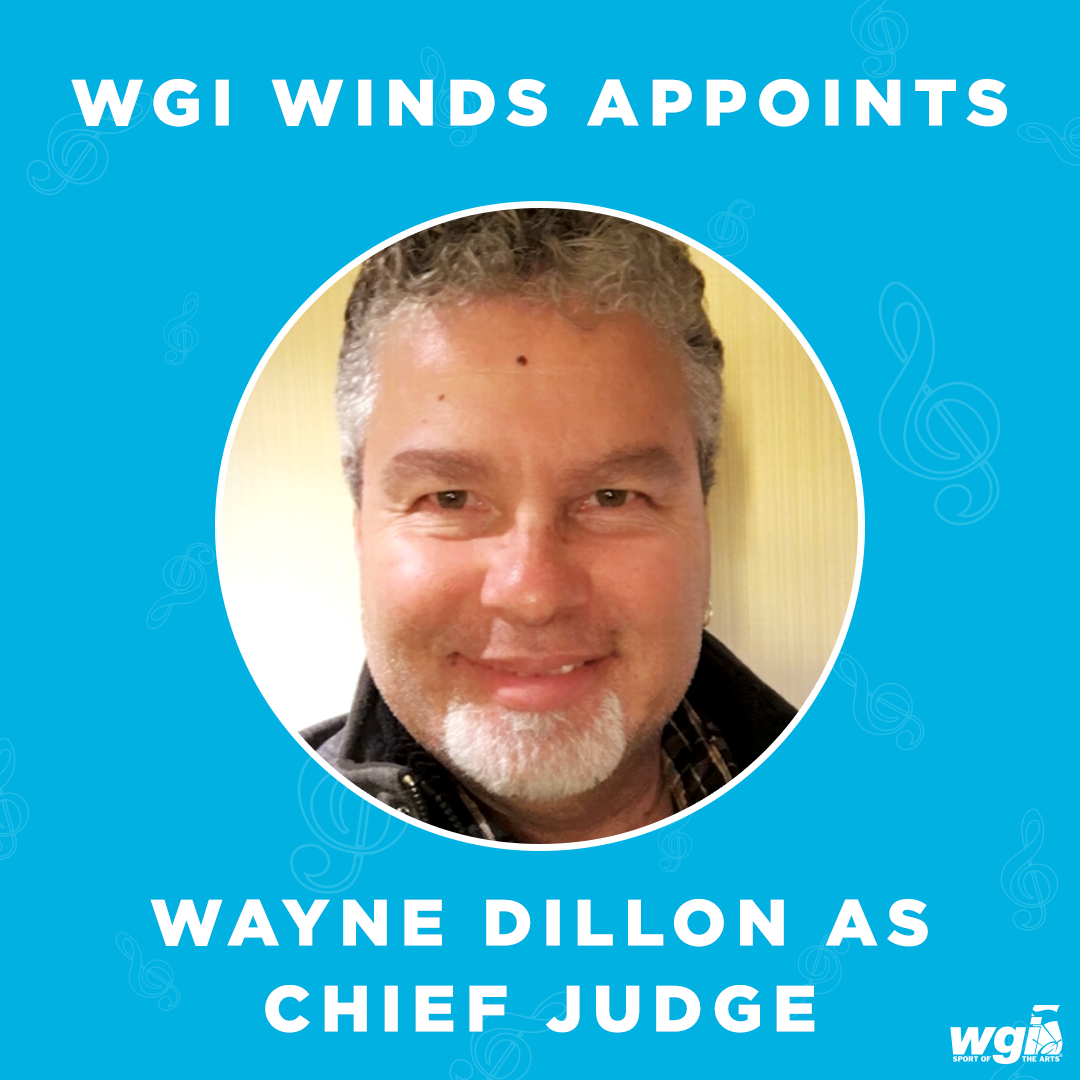 Mr. Dillon has been active in the WGI since the inaugural season of the Winds division in 2015. In addition to being a judge for the past 30 years for Drum Corps International and Bands of America, he has also served as Brass Caption Head for the Boston Crusaders and Music Supervisor for ten-time world champion The Cadets Drum and Bugle Corps. Additionally, he is an educational clinician for Conn-Selmer Music and travels the country working with diverse band programs.

"I am excited to have my colleague, Wayne Dillon, on board as the new Chief Judge for WGI Winds," said Wayne Markworth, Director of Winds. "He is a master judge and educator and will be a great asset as WGI returns to live performances in 2022. Welcome!"

New chief judge Wayne Dillon said, "I am honored and thrilled to be serving as chief judge for WGI Winds. A special thank you to Wayne Markworth, Marc Whitlock, and the Advisory Board for their confidence. I can't wait to get started!"