WGI's Donor Spotlight is a deep dive into the WGI Community where we shine a much-deserved light on some of the many amazing individuals that have gone out of their way to support WGI's mission through our Invest In Indoor Fund. Read the article below to learn more about our next featured donor, Jallil Muh!

Anyone who has enjoyed a WGI event knows that community is one of the cornerstones of the marching arts. As WGI expands around the globe, the sense of community has only grown in depth and scope. A shining example of the far-reaching impact of WGI is Jallil Muh, one of the many generous donors who have invested in the future of the activity. 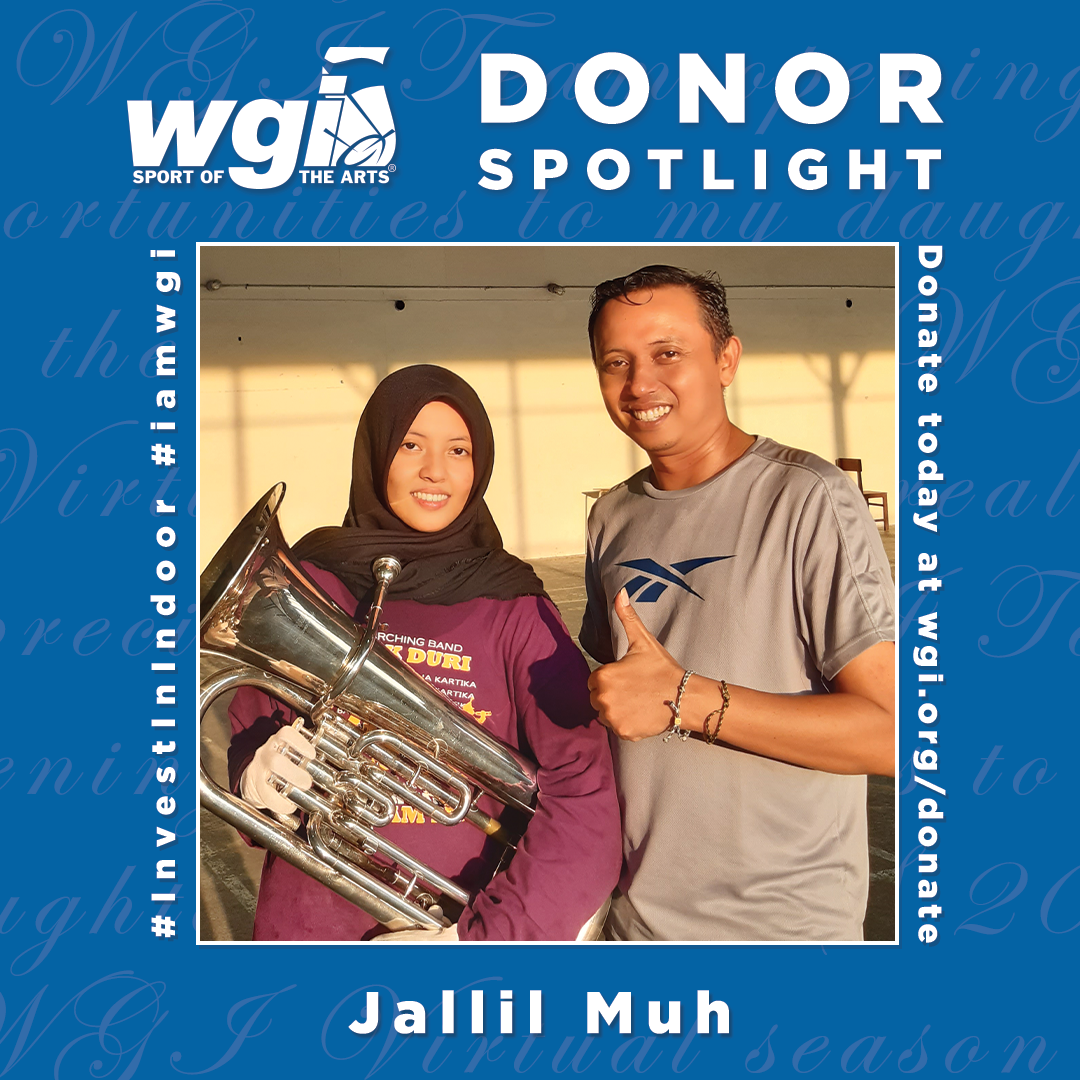 I really appreciate the WGI team opening opportunities to my daughter in the US during the 2021 WGI Virtual season. Thank you.

Jallil connected with WGI when his daughter participated in the inaugural WGI Indonesia Championship in 2017. While he could not attend the event—he was supporting his wife during her treatment for blood cancer—he anxiously awaited hearing the results of the event. To his joy, his daughter’s group placed first in their class.

The achievement sparked a newfound resolve in his daughter.

From that moment onward, Jallil’s daughter was inspired to be a part of a stateside WGI Championships. Through an unexpected turn of events, she was able to participate virtually in this year’s remote season. Jallil is grateful that his daughter was able to live out her dream through the WGI’s 2021 virtual season, in which she competed as a solo performer. Jallil says that the feedback his daughter received has fueled her motivation even further.