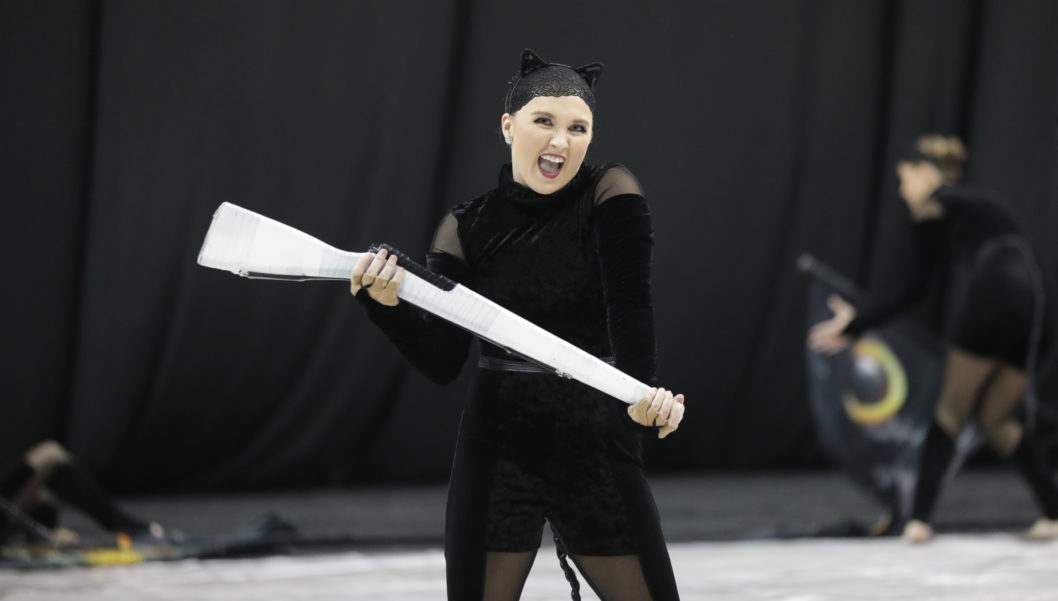 One of the most welcome developments in the activity in the past decade is the growth of college and university-sponsored guards. In the few weeks that units have been able register for the 2018 WGI World Championships, over twenty college groups have already entered with more sure to follow.

There are almost as many ways to run a university-based program as there are guards. The Directors of a number of these groups shared thoughts about how their groups are structured, practical ideas for recruiting, finding rehearsal space, and tips how to start a college-sponsored guard.

One element that varies between colleges is whether it is a class or a club. Successful guards are structured both ways. University of South Florida Director Liz Bannon described how her program is set up. “They have to be a student at the University. However, if they’re degree-seeking at another college, they can become a non-degree seeking student at USF and register for our winter guard class. They can choose between one to three credits. Sometimes they choose three because it bumps up their GPA, but because they pay per credit hour, sometimes they just choose one.” 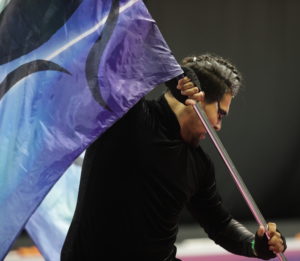 The USF program is unique in that Bannon checks the grades of her members. “I realized a couple years ago that the kids are into color guard to the point that they would basically put everything else in their life on the backburner, including grades. I heard that a couple of students were failing in their classes and when I reflected on it, I said ‘I’m also a teacher.’ That’s what I do in my real life.

I asked ‘how can I make an impact with their grades because ultimately they’re here to be a student,’ so I asked them to give me a screen shot of all their grades. I try to be proactive and get them talking to their academic advisors. I try to be more of a support and encouragement. It seems to be helping.”

Michele Mignogna of San Diego State University explained “For us it is a class. We have an undergraduate class that they sign up for, and then we also have a graduate class that they sign up for depending on where they are.” Several groups including Andesine of Central Missouri and Missouri State University have a winter guard class but members are required to participate in the fall marching band. 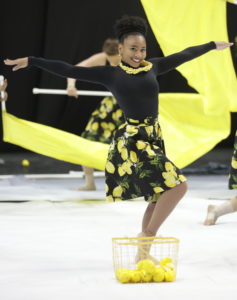 At the University of Memphis, Director Missy Jenkins described their co-curricular approach. “It’s set up both ways. They have to sign up for pep band to get their scholarship, but then they also are an official student organization, so that’s how they do all their funding and put their money in their own pot so other people can’t get it.”

Some groups are completely extracurricular. Clemson Director Terry Kent described how his guard is set up. “This is all-volunteer and these kids come to perform because they love to do it. It’s not a class. They don’t get credit.” Finally, some guards are truly intercollegiate in that they allow students from other schools to participate. Jesus Villeda of George Mason University elaborated, “We have students that are not from George Mason. They definitely have to be over 18 or in college, but they don’t have to be a GMU student.”

Whether the performers get credit hours or spin on an extracurricular basis, recruiting is as important on a campus as for any other independent guard. Having a good football team helps. Just ask the Directors of the two schools that met in last year’s Division I National Championship game. 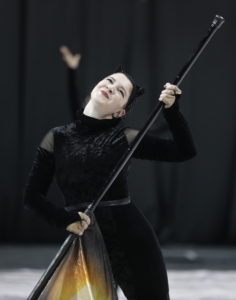 Steve Simpson of the University of Alabama Alta Marea talked about recruiting. “Alabama football is huge, especially now. We get a lot of people who want to audition for the guard because they’ve seen us at a football game or on television, or they have been lifelong Alabama fans. For the winter guard, we go to a lot of local circuit shows, and Regionals and coming to Dayton. We do social media and all that, but seeing them perform is the best recruiting.”

At Clemson, Kent discussed how the winter guard helps the fall guard. “I have to tell you honestly that we started the winter guard to recruit for our fall program. The university is very supportive and they basically pay and support everything we do to get more members to be a part of the fall program. It’s been very successful.”

Director Joe Catanao of the University of Houston elaborated on recruiting methods his group uses. “We have wristbands and information we handed out at local shows. A lot of it comes from the members, and several people on staff that also teach at high schools in the Houston area. A lot of them will tell their students about it, and they’ll share with their friends at other schools.”

In sunny San Diego, Mignogna believes being visible is a key. “We do a lot of events through the community during the school year. We do parades all up and down San Diego County, and then our biggest recruiting is at our circuit championships. We have two local circuits, so we have booths and we recruit through that.”

Please check back for Part II of our look at collegiate guards where we discuss finding rehearsal facilities, rehearsal scheduling, being visible in the community, and the importance of working with the college band program.