WGI Percussion in 2022 featured some of the most unique and innovative show designs we have seen on the UD floor in years, but one show that stood out from the rest was Rhythm X’s 2022 production, “Art Shaped Box.”

The group took inspiration from the life and art of grunge pioneer and Nirvana frontman, Kurt Cobain.  Designed by Tim Fairbanks alongside Tim Jackson and Andrew Markworth, “Art Shaped Box” utilizes two songs from Nirvana's catalog. Heart Shaped Box, the inspiration for the show name, and “Smells Like Teen Spirit.” 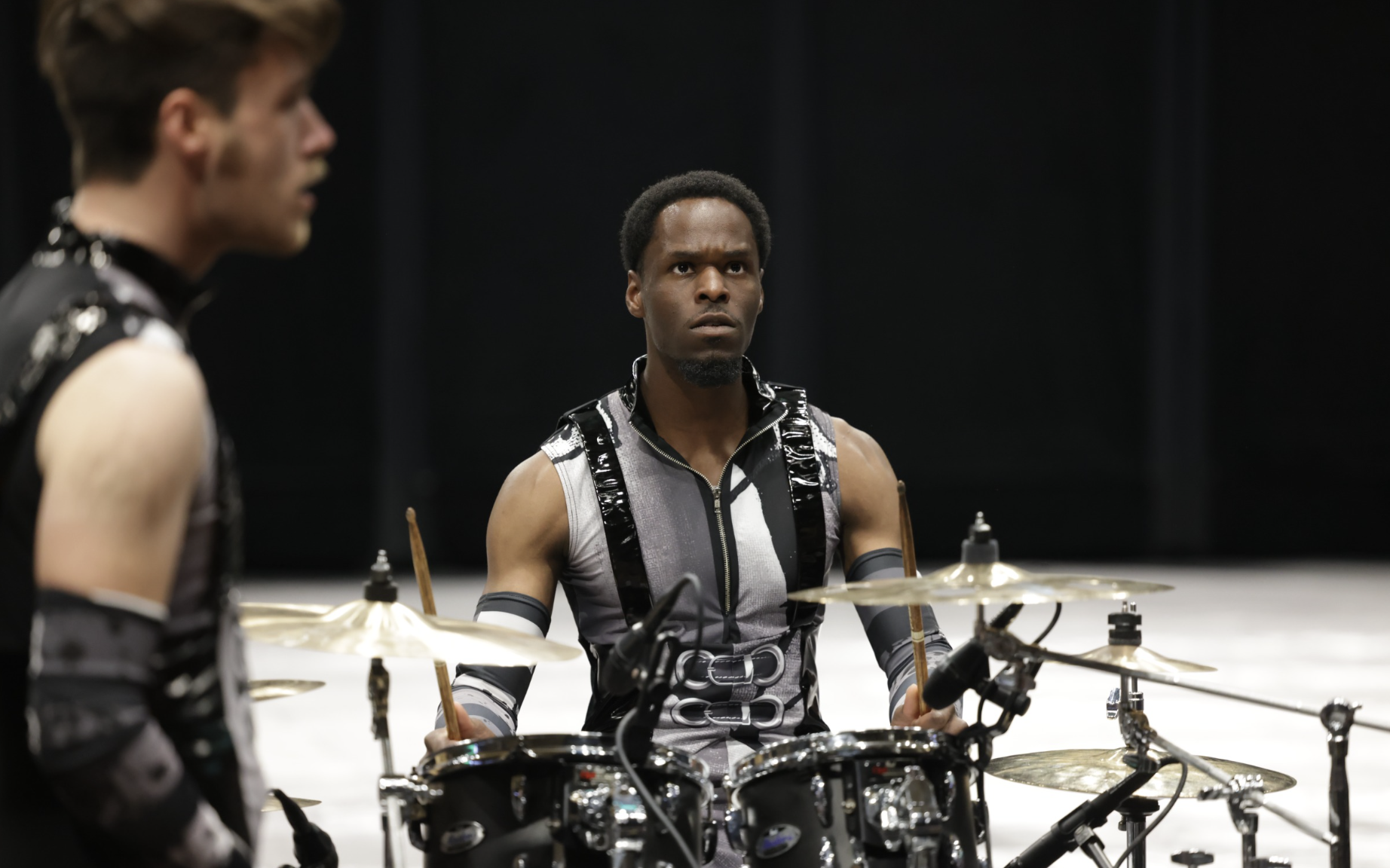 One of the show's most visually prominent design choices is the props. The group used 18 large black boxes as the primary visual effect for the show. These boxes had a curtain on the front that could be pulled up quickly to reveal what was behind it, either a member or a work of art.

“The staging and how you get from place to place is kind of the art of it, but it's the thing you see behind the scenes the most.” Fairbanks said, “We never get the opportunity like we do in a theater to just lift the curtain and something completely different is behind it.”

A well-documented issue Kurt Cobain had with the music industry was the repetitiveness of it, and when he got famous, that issue was exacerbated. He was constantly being asked to play the big hits like “Smells Like Teen Spirit, " which didn't feel right to him. Cobain’s ideals surrounding that and how they related to the marching arts were in the design team's mind as they developed the show. 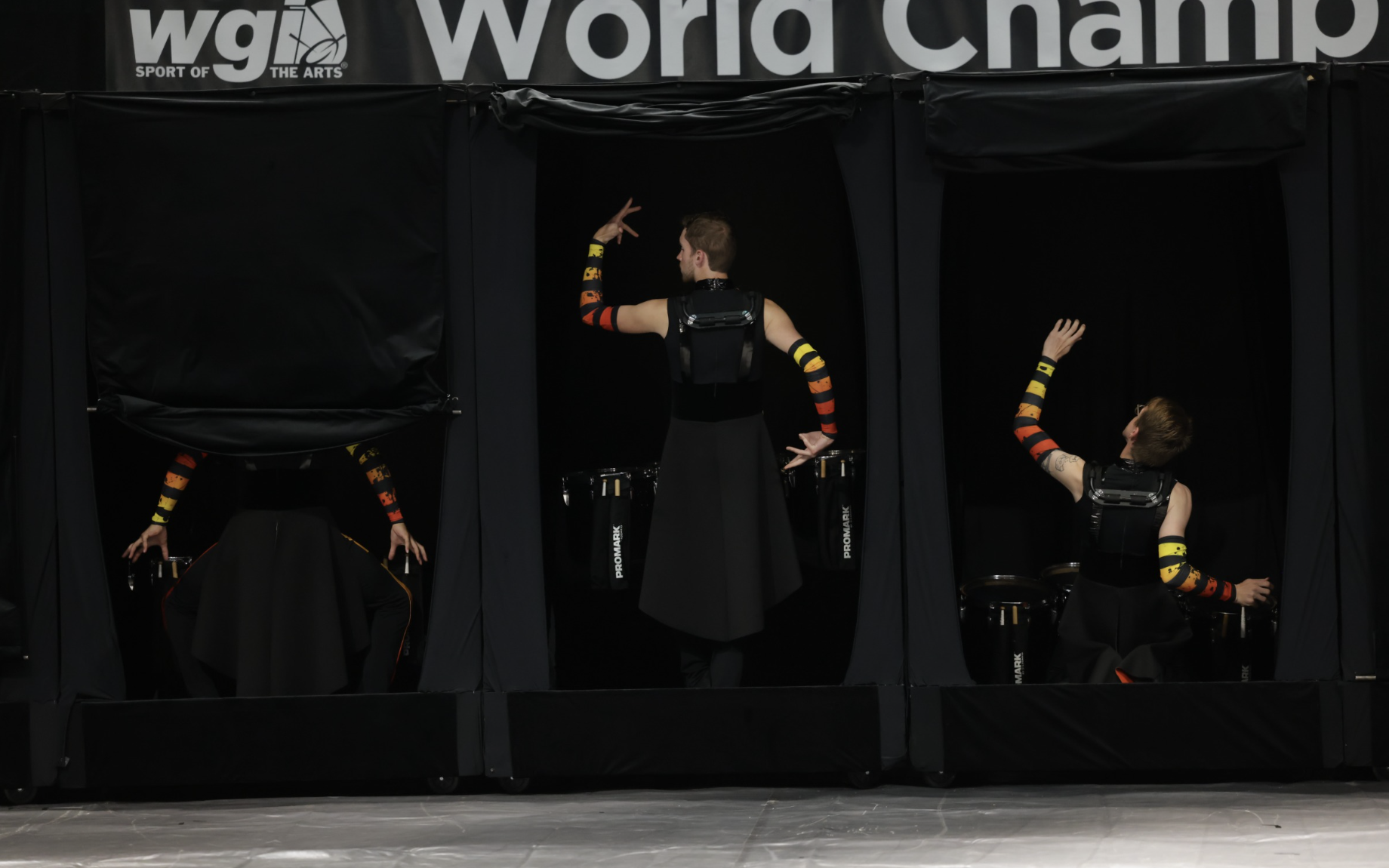 “If we wanted to entertain the audience the whole time, there would be trampolines, and trapeze artists and everything would be crazy,” Fairbanks said. “But we also have to compete and get numbers put down by judges, and that's the struggle.”

Outside the boxes, the floor was relatively bare. To highlight certain members and sections during features, the other performers would hide in the boxes to give a closer spotlight to the members on the tarp. This effect was reinforced by spotlights being painted on the tarp and was another trick the design team used to explore other aspects of Cobain's psyche and philosophies.

The most prominent use of the spotlights was a wild visual solo by a member of the cymbal line near the mid-point of the show. The audience witnessed the performer complete a series of juggles, throwing one plate up in the air while tossing the other to the free hand and repeating that until they finished with an under-the-leg toss and a back bend catch. Fairbanks emphasized that he was a first-year member with Rhythm X, and handled the pressure of such an intense solo beautifully.

“The first time Kurt Cobain had to take the stage he had to do it in front of all those people,” Fairbanks said. “Instead of picking the more experienced members, let the person who can feel the most pressure, the most struggle and the most angst like Kurt Cobain. 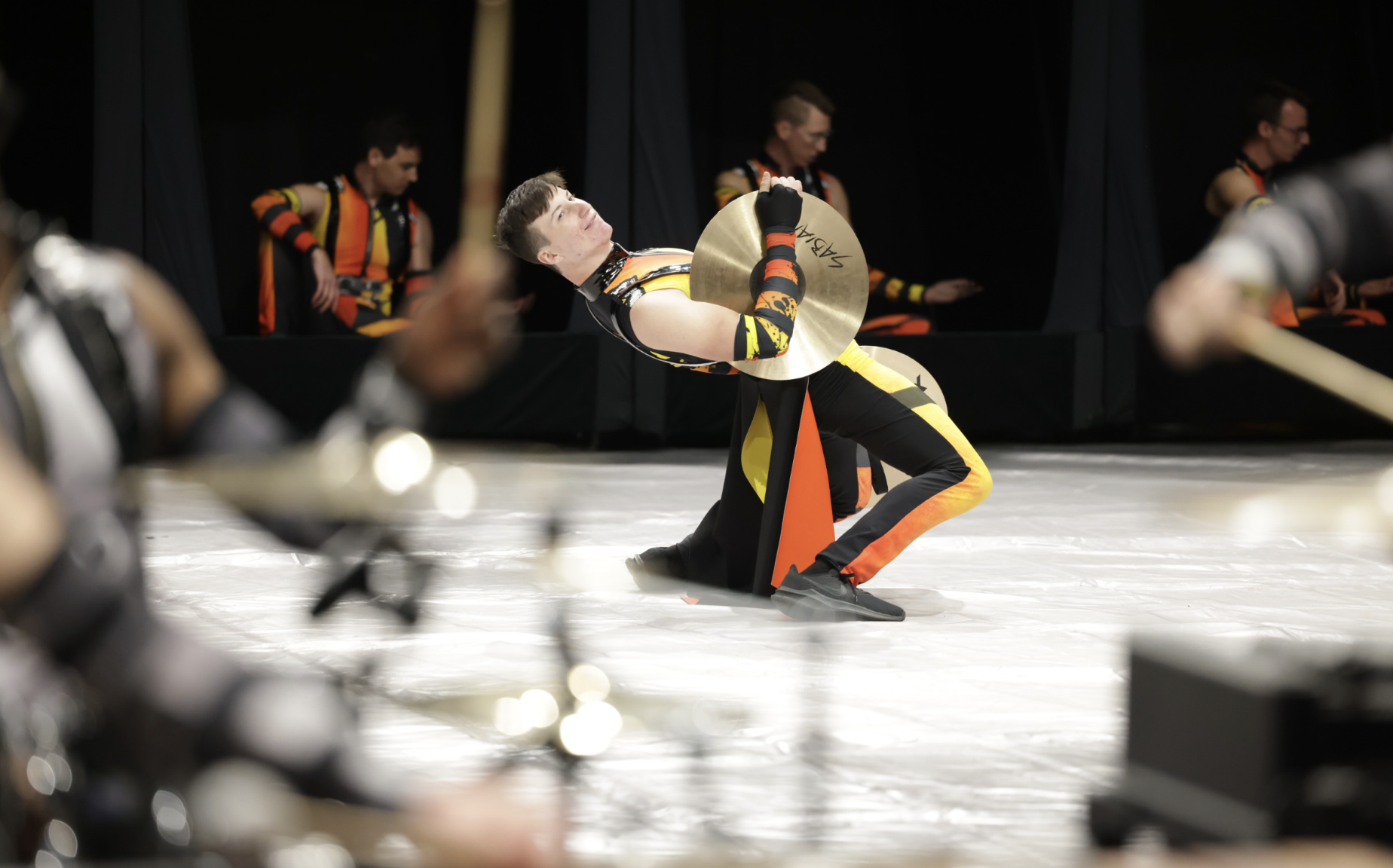 Another element of the show was the visual ensemble. They wore an identical uniform to the marching members but featured gray and black tones instead of bright colors. They started the show by moving the boxes around the tarp, similar to roadies for a touring band. But as the show progressed, they found their way to the rest of the ensemble.

“In the beginning, they're never outside the boxes, they are either behind them or in them and the curtain is open, making them feel trapped. As the show progresses, they get farther from the boxes.” Fairbanks said, “It's kind of an evolution of being trapped inside your own psyche and by the end being able to let it all go.”

X and their design team were able to craft a beautiful show that, at the same time, honored the legacy of a great musician, and brought insight to his personal struggles. They projected Cobain's philosophies onto the activity and did it in an incredibly innovative way. The group finished in second place in PIW with a score of 98.075.