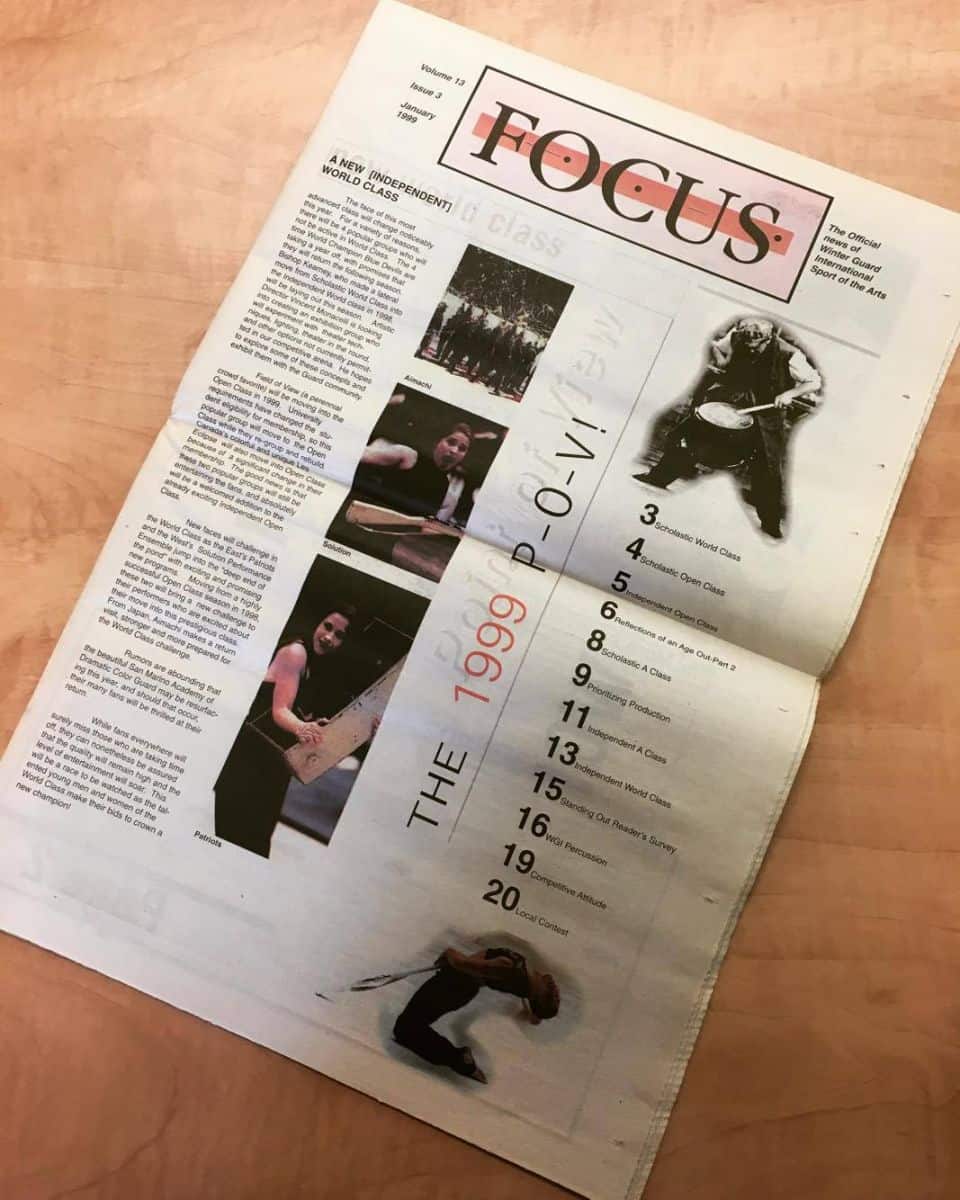 A look back at WGI’s FOCUS publication when it was printed on Newspaper. In this January 1999 issue the front page story reads news about all the IW group changes. Who is new in IW, who is changing back to open class and what groups are retiring.

During this pre-millennium time the 4-time WGI World Class Champions the Blue Devils Winter Guard and Bishop Kerney who made a lateral move from SW to IW were announcing that they would no longer be active during the 1999 season. Field of View and Canadian group Les Eclipse would be moving from World Class to Open Class. The new groups to World Class would be the Patriots from the East and Solution Performance Ensemble from the West. Aimachi would also be returning to WGI for the 1999 season.

A few months later the 1999 WGI World Class Color Guard Champions would turn out to be Emerald Marquis, while the Blue Knights were crowned the Percussion World Class Champions.