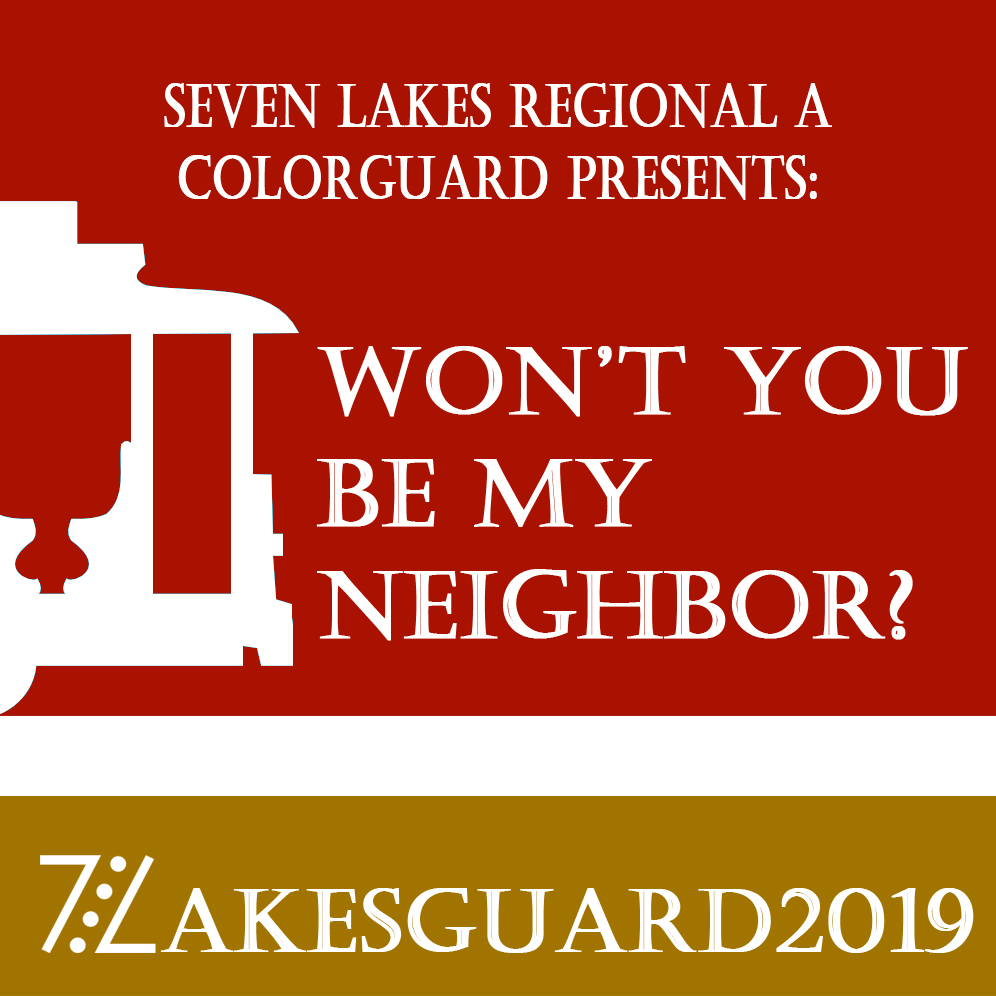 Seven Lakes Regional A Color Guard (Katy, TX) is proud to present their 2019 production “Won’t You Be My Neighbor?”. Meredith Anderson, Assistant Director of Seven Lakes Guard Programs, says the inspiration was drawn from watching Mr. Rogers’ Neighborhood as a child:

“While watching a documentary on Fred Rogers this fall, the music from the show’s introduction played; my fellow show designer, Cary Cochenour, and I both knew what a special show it could be,” says Anderson. Cochenour has designed a soundtrack for the show using the music of John Costa and direct messages from Rogers himself. We hope in the end, the members and audience are able to reflect on the good Mr. Rogers brought–and what we can bring–to the neighborhoods we live in.