Pioneer High School proudly presents their 2019 production, “Dolores.” Dolores Huerta is a civil rights activist as well as an American labor leader. She is a co-founder of the National Farmworkers Association, which eventually became the United Farm Workers. She played a vital role for many workers, immigrants, women and the Latino community. For example, in 1965, she helped organize the Delano grape strike in California. Huerta also originated the phrase, “Si, Se Puede” (Yes, We Can).

The story of Dolores Huerta and what she stood for, paired with “Rise Up” by Andra Day, combine to create a powerful performance and message for the audience.=

Piomeer High School Guard is under the direction of Sammy Aguilar. Staff members include Jasmine Garza and Alyssa Luna, with additional staff including Ashley Ledezma, Charles Williams, and Kyle Albright. 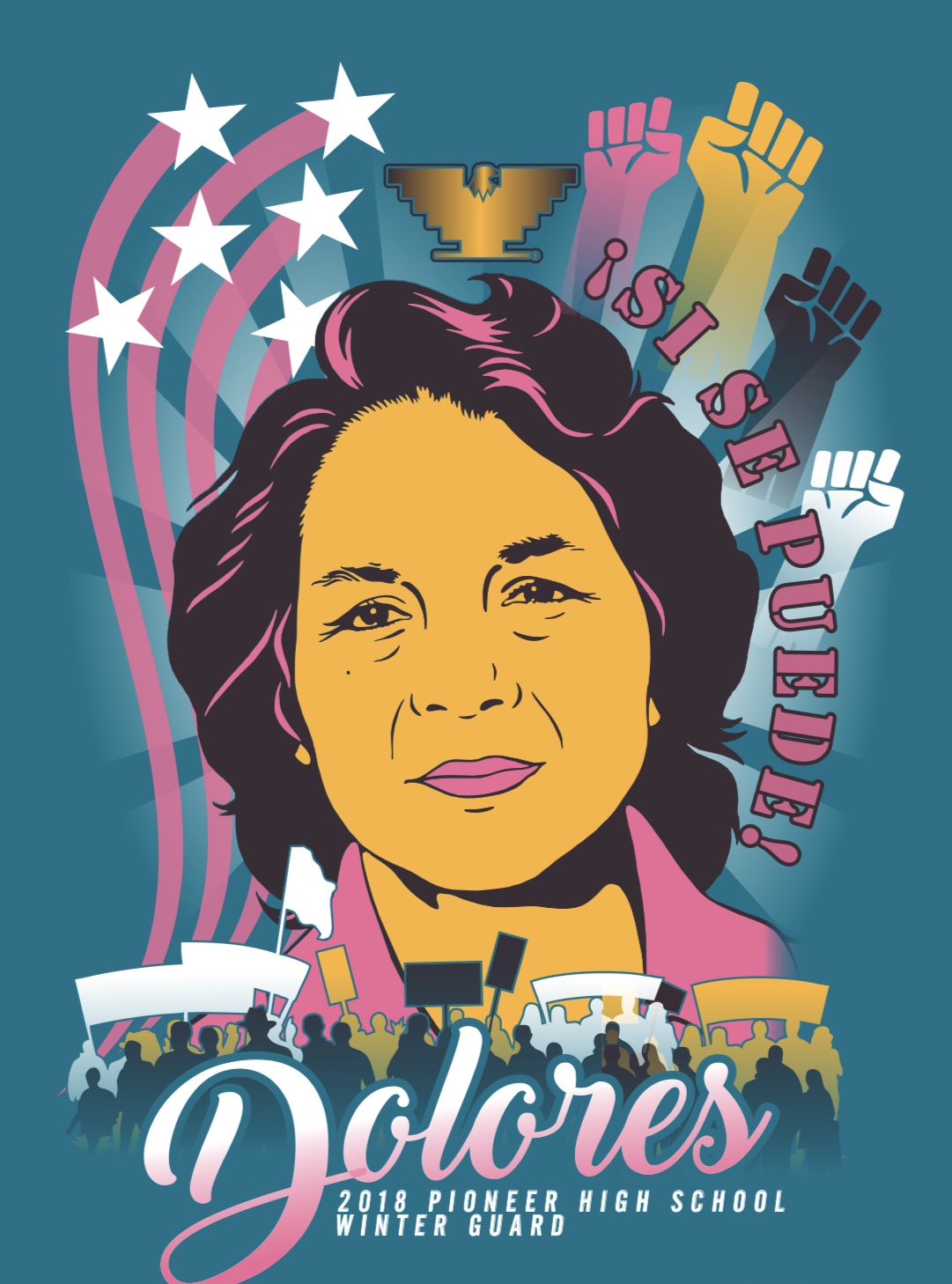