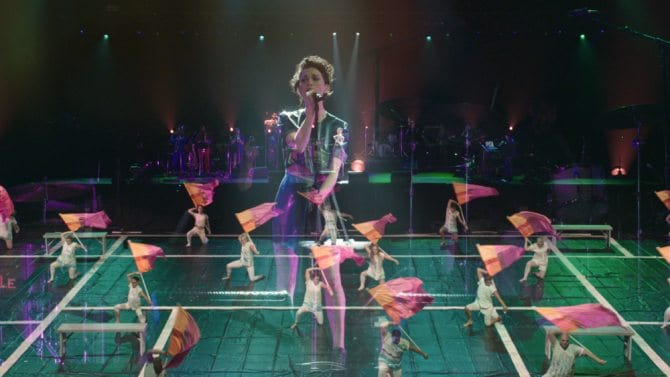 “Contemporary Color” won awards at the Tribeca Film Festival in April for best documentary cinematography by Jarred Alterman and for best documentary editing by Bill Ross. Oscilloscope will release the film in theaters in 2017 followed by a release across ancillary platforms.

“The teams and the musicians created this glorious, inspiring thing that runs counter to much of what is happening in the world right now — and the Ross brothers were the ones to feel that and capture it,” Byrne said. “We need an antidote, and here it is.”

CAA, which arranged financing for the film, brokered the distribution deal.

Oscilloscope’s Dan Berger said, “‘Contemporary Color’  is an otherworldly blend of athleticism, grace, spirit and art captured in an unbelievably electric and creative way. Watching ‘CC’ isn’t just watching a film, it is experiencing a once-in-a-lifetime performance that is so much more than the sum of its set list.”