The McKinney High School Color Guard is proud to present their 2023 program entitled “The Things They Carried” which seeks to honor the service and sacrifice of all United States Veterans.

“The Things They Carried” by Tim O’Brien tells the powerful story of the physical and emotional burdens carried by the soldiers of the Vietnam War. Items such as pocket knives, wrist watches, dog tags, and mosquito repellent filled the soldier’s pockets while fatigues, jungle boots, and helmets shielded them from the many battles they faced. As an homage to the lives they left back home, these men also carried letters from loved ones, photographs, and good luck charms. Often, soldiers carried each other through acts of heroism and brotherhood.

We invite audience members to experience a moving adaptation of the acclaimed novel through an exploration of the physical, historical, and intangible tribulations of the soldiers who served the United States in Vietnam.

McKinney High School will compete at the WGI Mansfield Regional, the WGI Dallas Regional, and the 2023 WGI World Championships in the Scholastic Open Division. 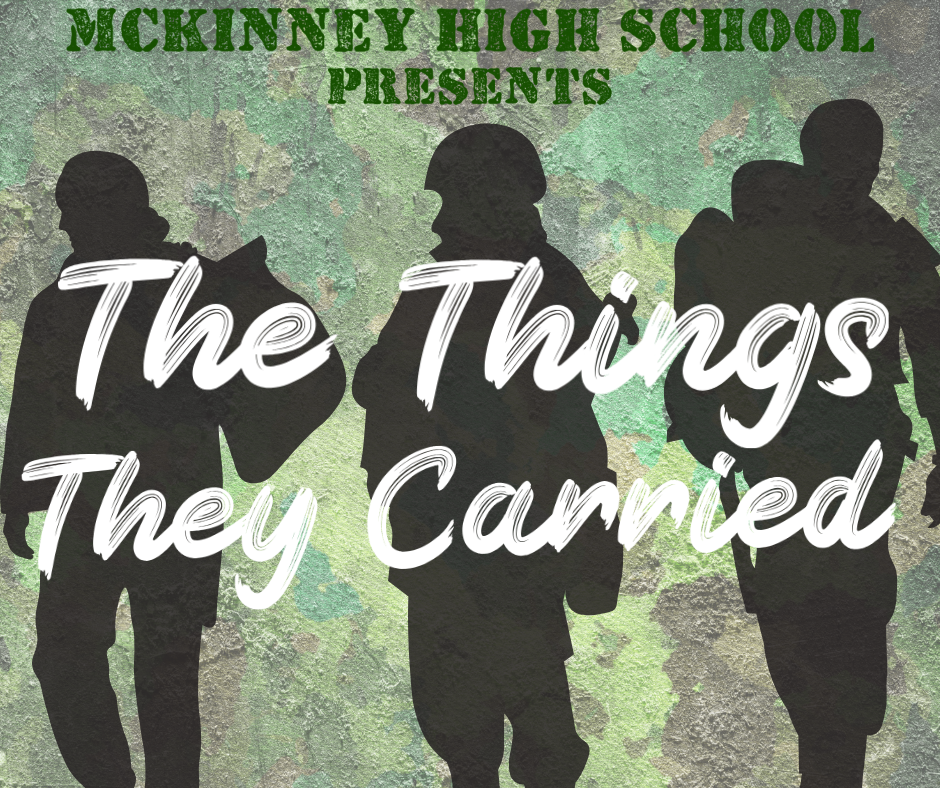