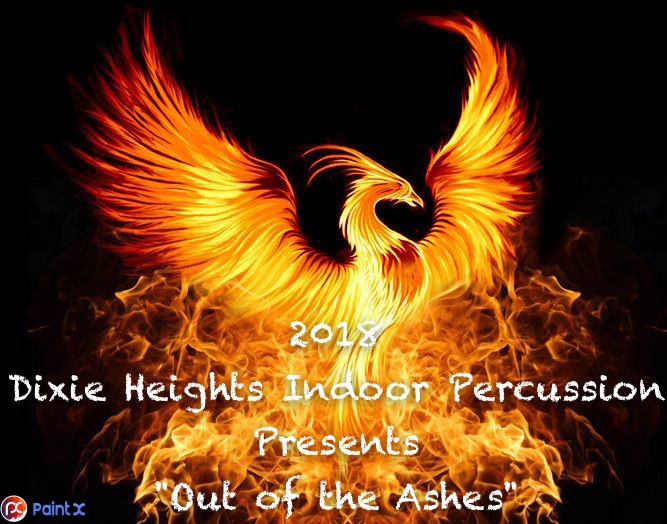 Dixie Heights 2018 program will be entitled “Out of the Ashes” and will tell the story of a period of rebirth and rising above insurmountable challenges after a devastating fall. “Out of the Ashes” will include original music, selections from the Firebird suite by Stravinsky, and “Rise Up” by Andra Day. Dixie Heights will return to WGI in Scholastic Marching A class and will be attending the Mid East Power Regional in March and WGI World Championships in April. In addition to WGI, Dixie Heights will also compete in the Mid East Performance Association and TriState Marching Arts Circuits. Dixie Heights Indoor is a 2010 and 2013 WGI Scholastic A World Championship Finalist.