WGI 2022 was filled to the brim with crowd-pleasing shows. As championship weekend rolled on, one show rose to the top of the chatter at the University of Dayton Arena, and that was Cap City's 2022 production "Mother." 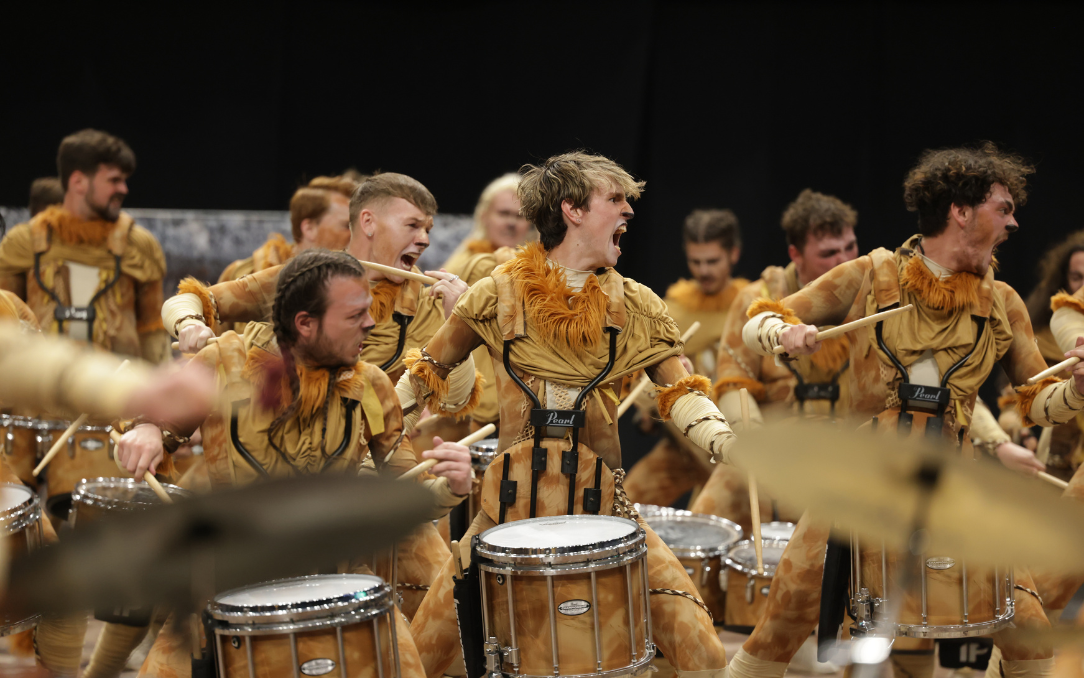 Telling the story of a mother lion and her pride doing whatever it takes to protect her cub from harm, "Mother" was a beautifully designed show that left gasps rippling through the audience at every turn. Complete with memorable set pieces and stunning performances by each member of the ensemble, "Mother" is not a show the percussion community is soon to forget.

Inspired by a picture of a blood-stained lioness with her cub in her mouth, the Cap City design team of Donnie Ross, Brandon Smith, and James Sparling set about putting together their 2022 program after a few years of sitting on the idea.

"Mother was in the works for about two years," Ross said. "we found the inspiration for it two years ago, but we didn't have a solid pathway to develop the show until now."

After the concept was developed, it was time to present it to the members. The members played a crucial role in selling the show to the audience, and with the help of acting and performance exercises, the staff got precisely what they wanted from the performers. 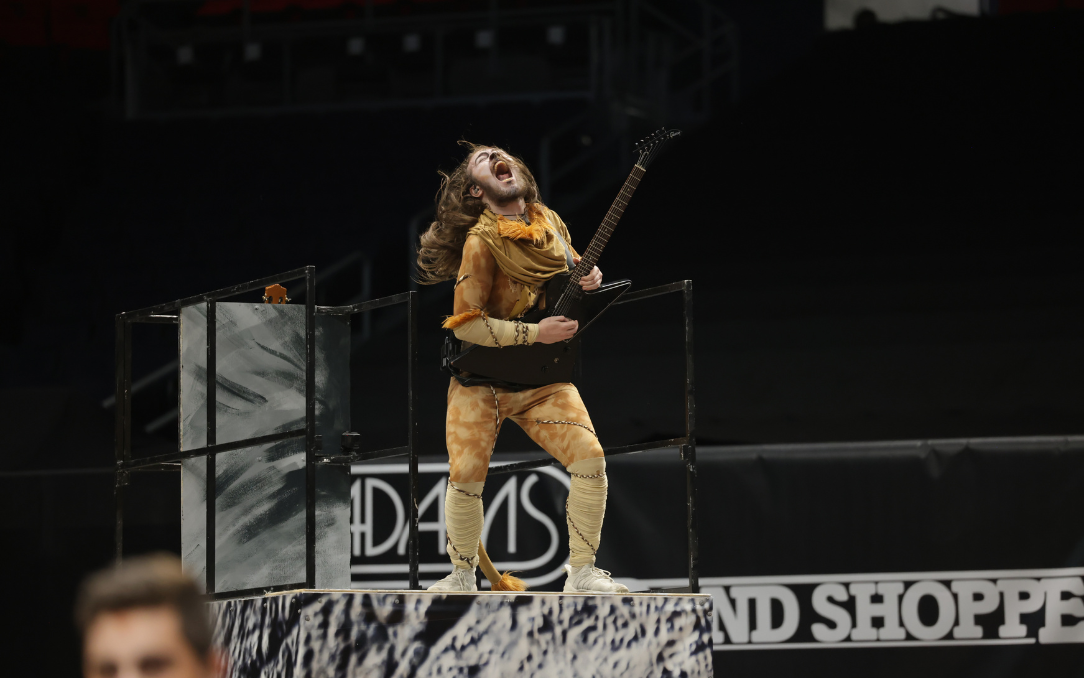 "There were three different groups of lions; the villains, the mothers, and the cubs," Smith said. "In addition to the story, we had to explore how a lion would move and then figure out how each type of lion would move."

One of the most memorable set pieces of the show was the ripping guitar solo in the middle of the show. The ensemble had a multi-year vet in his age-out year, and they took the opportunity to showcase his skills in an unforgettable fashion.

"He was coming back for his age out, so we knew we had an ace in our pocket with him. Ross said. "We sent him a video of the solo and asked if he was interested. He sent us back a video of him playing it and had it all written out, and from then, we worked together to get it in the show."

The music played another key role in the story of "Mother." With pieces by Woodkid and Shpongle, the emotion of the music was vital to telling the story.

"Once we had identified the storyline in the show, it was a deep dive to find music that fit the right emotions," Sparling said. "Once we hear something with the right emotion, it just grabs you. It's all about the emotional content of what the music does and what we would like it to do within the story."

Cap City also used one of the youngest members in world-class this year, including a 4-year-old lion cub in the visual ensemble. 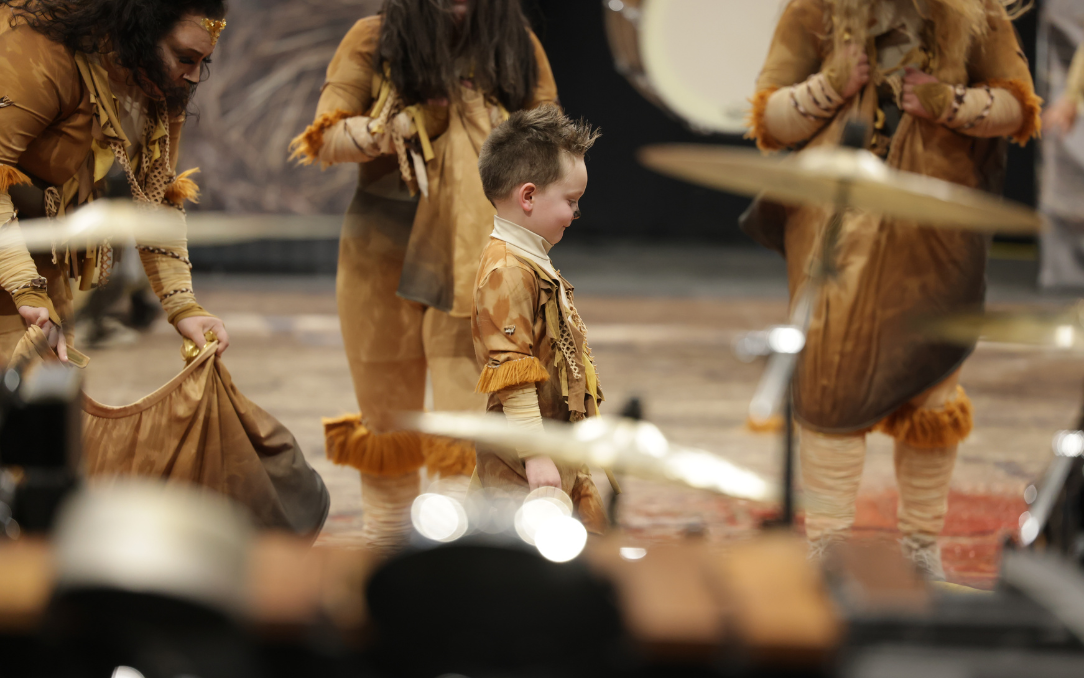 "[Using the kid] was an idea we always had that became more and more fleshed out as we made decisions in the show that allowed us to do it," Ross said. "Throughout the season, we had a version that didn't involve the kid, and it was just as good, but having the opportunity to use him added a cool extra layer."

The unique challenge of using young children in a WGI show is rehearsing with the child and getting them to understand the show.

"We devised many creative ways to get him to participate and buy into the show," Ross said. "It involved a lot of candy, G.I Joe's, and a bunch of other toys, but it worked out in the end."

"They bought into it from day one," Smith said. "The visual ensemble was so important to that show, and it was really nice to highlight them but still see how they were the impetus for many of the events happening on the floor." 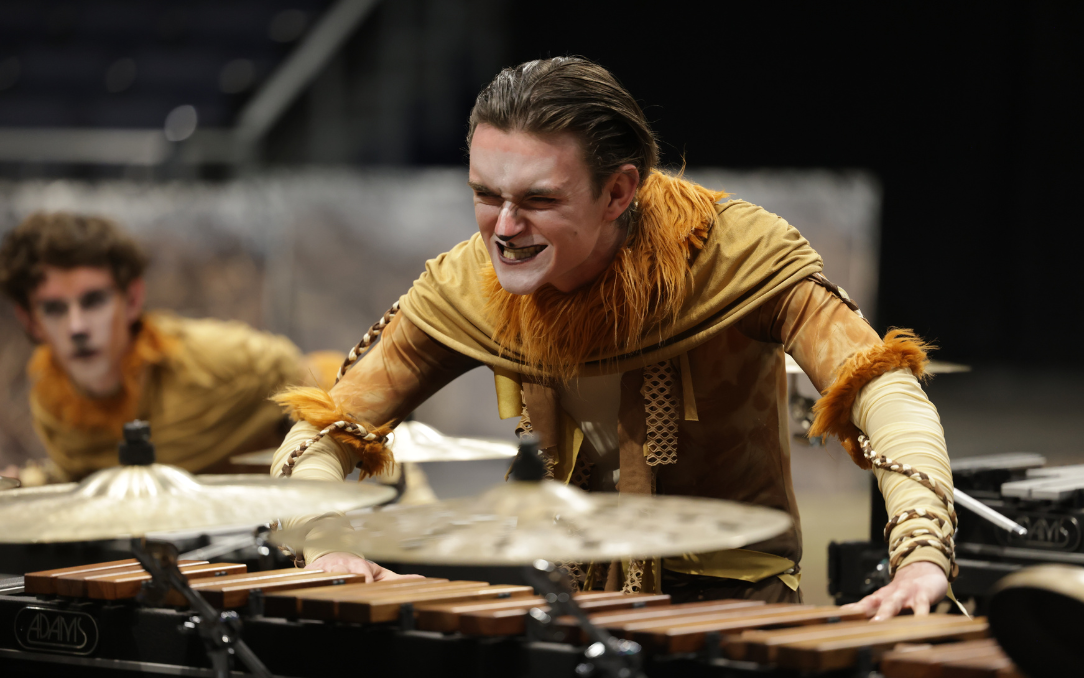 The biggest surprise of the show came special for finals week. At the end of their program, Cap City shocked the audience by throwing buckets of fake blood all over the tarp right when the mother lion was killed protecting her cub. With inspiration and help from the people who pulled off the Matrix 2013 paint show, the team had to figure out how to make it look right.

"We started out with wads of paper in the buckets to teach the kids how to throw it," Ross said. "Then we went outside and tried it with water to better understand the weight of the buckets. Then one day, when we got the color right, we just went for it and put it in the show."

While it looked amazing on the floor, the team said it took almost 45 minutes to clean it up after performances and rehearsal runs.

Cap City put together a spectacular product on finals night. With all the passion and care that went into the show from both the team and performers, Cap City left an unforgettable experience on the floor for the world to enjoy.