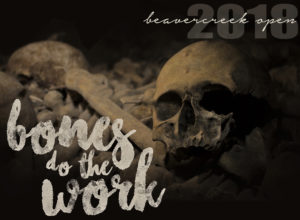 The Beavercreek High School Open Winterguard (Beavercreek, OH) is pleased to announce our 2018 program: Bones do the Work.

Beavercreek High School will be performing locally in the Mid East Performance Association in the Scholastic Open Class, as well as nationally at the WGI Mid East Power Regional in Cincinnati, OH. Our season will culminate at the 2018 WGI World Championships in Dayton, Ohio.

“Bones do the work for the heart’s grand plans. Bones know what you need. Hearts only know want.”
-Catherynne M. Valente