3rd Legend Independent Open is proud to announce their 2023 program: “The Darkling Thrush”.

Thomas Hardy wrote "The Darkling Thrush" in December 1900 as a dirge for the 19th century's end and an ode to the beginning of the 20th. In the poem, he likens the harsh and unnerving winter landscape surrounding his cottage to a body laid out for burial, and then juxtaposes it against the warm, cheerful birdsong of a winter Thrush. Despite the cold and hopeless terrain, the bird continues to sing its melody as it flies into the night. To Hardy, the "death" of the old world and its values were tough to bear, but he could not help but believe there was hope for a happier future in the new century.

3rd Legend is under the direction of Vincent Thibert and Josée Charbonneau.

Staff members include Carla Cordero, Carolyne Nadeau, Isabelle Poirier, Julie Siméon, Patrick St-Pierre, Vincent Thibert, and Kevin Westermann.
The members and staff of 3rd Legend Independent Open would also like to thank our board of directors, volunteers, parents, sponsors and everyone in the community that has helped make this year's program a possibility. 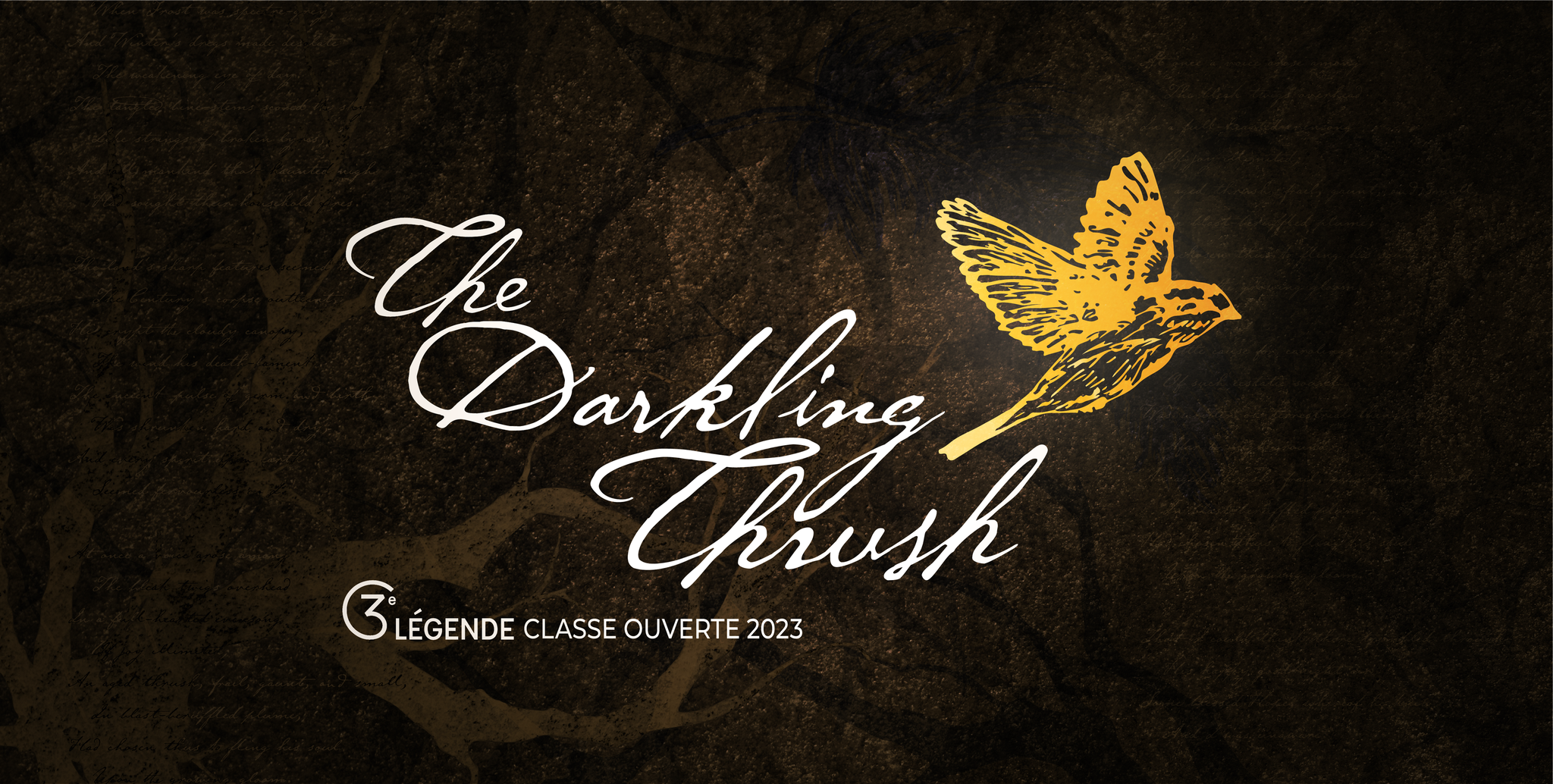